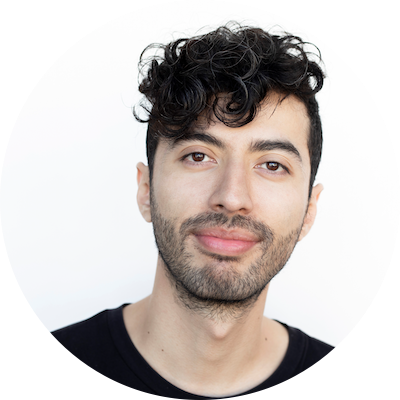 Born in 1990 in Texcoco, Mexico State, Alex graduated from the University of British Columbia (in Vancouver, Canada). His involvement in the advocacy world began in Vancouver by volunteering with local LGBTQ+ nonprofits and with his collaborations to the beginning of It Gets Better Project in 2010, a global nonprofit that uplifts, empowers and connect LGBTQ+ around the world through storytelling and educational efforts.

Alex ’s video testimonials became essays for The New York Times bestseller book "It Gets Better: Coming Out, Overcoming Bullying, and Creating a Life Worth Living". Since May of 2014, he's been working as the Executive Director at It Gets Better México, one of the 20 members of the Project’s Global Affiliate Network.

He served as the Regional Coordinator for Latin America at It Gets Better Project in 2016 and 2017, and since December 2019 joined the US team as the Global Programming Coordinator. Alex is also one of the hosts for the LGBTIQ podcast La Jaula.

Alex is an alumnus of the State Department’s International Visitor Leadership Program, a podcaster, a late videogamer enthusiast, and loves reading biographies and maps.

Alex Orue, Executive Director of It Gets Better, Mexico